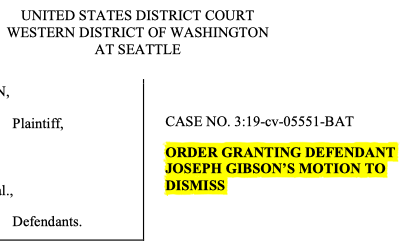 A federal court in Tacoma has fully dismissed a civil rights lawsuit filed against Joey Gibson, founder of Patriot Prayer. When the suit was filed, it received media coverage from many sources, including OPB and The Guardian. 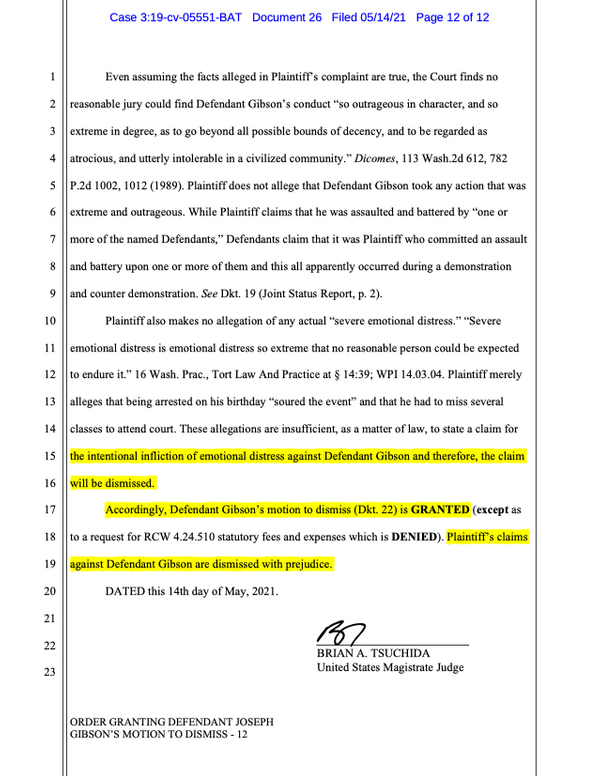 The suit came after a protest and counter-protest at Evergreen University in 2019. Plaintiff Joseph Robinson generally claimed that Gibson and the Washington State Patrol violated his rights.

Larry Hildes, attorney for Robinson, was reported by OPB as saying that “the goal of the lawsuit” was “to put Patriot Prayer out of business.”

Gibson’s Attorney, Angus Lee, stated “The case against Mr. Gibson was a blatant misuse of the court system to retaliate against Mr. Gibson for exercising his First Amendment right to protest. We will continue to fight for the long standing and fundamental right of all Americans to peaceably assemble in protest.”

Angus Lee filed a motion to dismiss the case, claiming there was no legal basis for the suit. The federal court ruling issued on Friday agreed, stating “Plaintiff has provided no facts, accepted as true, that would establish Defendant Gibson acted under color of state law in causing a violation of Plaintiff's rights and this claim will be dismissed.” The court dismissed each claim against Gibson.