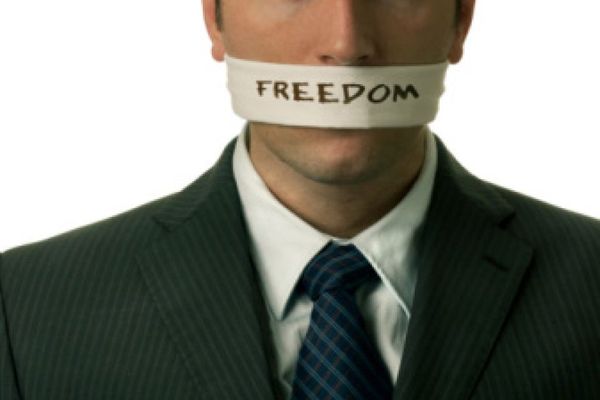 We write in opposition to the proposed Bylaw Amendment to Art. IV (D)(3).

Also, such censorship is in opposition to the stated goals of the Association. In general, the Washington State Bar Association strives to: “Provide services to its members… (15) Disseminate information about the organization's activities, interests, and positions…” GR 12.2.

1. The proposed Bylaw Is an Unconstitutional Prior Restraint.

"By the time the United States ratified the First Amendment, a consensus had developed in England that liberty of the press required the ability to put forth to the world what one wanted, as long as the printer was willing to accept the consequences of punishment for material considered illegal. No administrative licensor or censor could preview work prior to publication, and no judicial orders could prevent what could be written for the future."

Michael L. Meyerson, The Neglected History of the Prior Restraint Doctrine: Rediscovering the Link Between the First Amendment and the Separation of Powers, 34 Ind. L. Rev. 295, 311 (2001) (emphasis added).

"The liberty of the press is indeed essential to the nature of a free state: but this consists in laying no previous restraints upon publications, and not in freedom from censure for criminal matter when published. Every freeman has an undoubted right to lay what sentiments he pleases before the public: to forbid this is to destroy the freedom of the press…"

When the First Amendment was drafted, the English understanding of free speech meant, at a minimum, that administrators were not to take notice of writings intended for the press, and even in a time where punishment for truthful criticism of the government was permitted, “one element of liberty of the press was well-understood: no governmental official-not licensor, not censor, not judge-should be involved in restricting expression before it is communicated.” Id. at 313 (emphasis added).

a. The United States Prohibition on Prior Restraint

“From the very beginning of the legal debate over the true meaning of America's freedom of expression, there has been a powerful consensus that the starting point for such freedom is a ban on prior restraints.” Id. 314.

This was recognized by Chief Justice Parker of the Massachusetts Supreme Judicial Court in 1825 when he wrote:

"[I]t is well understood, and received as a commentary on this provision for the liberty of the press, that it was intended to prevent all such previous restraintsupon publications as had been practiced by other governments, and in early times here, to stifle the efforts of patriots towards enlightening their fellow subjects upon their rights and the duties of rulers."

In the American colonies, the concept of freedom of the press became a treasured ideal worth fighting for, as the colonial experience taught that assaults on the liberty of the press could come from any of the three branches of government. Meyerson, at 314.

During the debate around the constitutionality of the Sedition Act of 1798, there was “consensus on at least one critical principle: Liberty of the press must mean, at a bare minimum, no prior restraint…all appreciated that limitations imposed prior to publishing were simply unacceptable. Id. at 320-321.

In 1787 during the ratification of Pennsylvania’s Constitution, James Wilson, who was later to serve as a Justice on the first United States Supreme Court, declared that “in any country-what is meant by the liberty of the press is, that there should be no antecedent restraint upon it.” Id. at 321.[2]

In the late 1870s, Justice Joseph Story condemned prior restraints, whether they come from a licensor or a judge, as the liberty of the press is the right to publish without any previous restraint or license. Id. at 321-322.

From the beginning of this nation, there has been universal understanding that there could be no liberty of the press without a prohibition against previous restraints. Id. at 322.

In 1931, Near v. Minnesota, 283 U.S. 697, 51 S. Ct. 625 (1931), the United States Supreme Court made clear that the doctrine of prior restraint is an essential element of first amendment jurisprudence. Meyerson, at 336. This solidified that the doctrine of prior restraint has been an essential feature in American jurisprudence since the founding of this nation and through the expansion west to today.

In Near, the Supreme Court struck down as an unconstitutional prior restraint a state court injunction barring a local paper from distributing “any publication whatsoever which is a malicious, scandalous or defamatory.” Near v. Minnesota, 283 U.S. 697, 706, 51 S. Ct. 625, 627 (1931). Striking down the injunction, the Chief Justice wrote for the Court that “it has been generally, if not universally, considered that it is the chief purpose of the guaranty [of free speech] to prevent previous restraints upon publication.” Id., at 713. The Court explained that prior restraintsare permissible onlyin exceptional cases such as war, obscenity, and "incitements to acts of violence and the overthrow by force of orderly government." Near, at 716.

In N.Y. Times Co. v. United States, 403 U.S. 713, 91 S. Ct. 2140 (1971), the United States Supreme Court specifically ruled that a prior restraint would be unconstitutional even when dealing with an improperly obtain “classified study.”

The Supreme Court recently emphasized First Amendment protections apply to all speakers, not just “the media.” In Citizens United v. Federal Election Commission, the Court held that “other speakers” hold the same rights as the “institutional press”when it comes to constitutional privileges. 558 U.S. 310, 352, 130 S. Ct. 876, 175 L. Ed. 2d 753 (2010) (cited affirmatively byObsidian Fin. Grp., LLC v. Cox, 740 F.3d 1284, 1290 (9th Cir. 2014)). The Ninth Circuit agreed. "We draw no distinction between the media respondents and a non-institutional respondent.” Obsidian, at 1290. Every other circuit to consider the issue has held that the First Amendment applies equally to the institutional press and individual speakers.[3]

a. The Washington Prohibition on Prior Restraint

“Article I, section 5 of the Washington Constitution provides that every person may freely speak, write and publish on all subjects, being responsible for the abuse of that right.”Voters Educ. Comm. v. Pub. Disclosure Comm'n, 161 Wash. 2d 470, 493-94, 166 P.3d 1174 (2007) (internal citations omitted). Thus, unlike the First Amendment, “article 1, section 5 categorically rules out prior restraintson constitutionally protected speech under any circumstances.” Id. “Prepublication restraintsprohibit exercise of the right before any abuse of the right can be shown, thus imposing responsibility in contravention of the express language of Const. art. 1, § 5.”Bering v. Share, 106 Wash. 2d 212, 243, 721 P.2d 918, 936 (1986).

"This commonsense meaning of the phrase ‘content based’ requires a court to consider whether a regulation of speech ‘on its face’ draws distinctions based on the message a speaker conveys. Some facial distinctions based on a message are obvious, defining regulated speech by particular subject matter, and others are more subtle, defining regulated speech by its function or purpose. Both are distinctions drawn based on the message a speaker conveys, and, therefore, are subject to strict scrutiny."

Id. (internal citations omitted). Again, the order violates BOG members’First Amendment Rights because it restricts the content of their speech.

“Laws burdening such speech are subject to strict scrutiny, which requires the Government to prove that the restriction furthers a compelling interest and is narrowly tailored to achieve that interest." Citizens United v. FEC, 558 U.S. 310, 312, 130 S. Ct. 876, 882 (2010) (internal quotation marks omitted). “Premised on mistrust of governmental power, the First Amendment stands against attempts to disfavor certain subjects or viewpoints or to distinguish among different speakers, which may be a means to control content.” Citizens United v. FEC, 558 U.S. 310, 312, 130 S. Ct. 876, 882-83 (2010).

Here, the proposed Bylaw prohibits the speech of governors based on its content and restricts their ability to say what any other lawyer could. Ironically, sitting governors are likely in the best position to vet candidates and give endorsements to the members of their districts.

In United States v. Playboy Entm't Grp.,529 U.S. 803, 120 S. Ct. 1878, 1893 (2000), the United State Supreme Court directly addressed content-based restrictions, and held that when the purpose and design of a speech restriction is to regulate speech by reason of its content, special consideration or latitude is not accorded to the government:

"Basic speech principles are at stake in this case. When the purpose and design of a statute is to regulate speech by reason of its content, special consideration or latitude is not accorded to the Government merely because the law can somehow be described as a burden rather than outright suppression. We cannot be influenced, moreover, by the perception that the regulation in question is not a major one because the speech is not very important. The history of the law of free expression is one of vindication in cases involving speech that many citizens may find shabby, offensive, or even ugly. It follows that all content-based restrictions on speech must give us more than a moment's pause."

In the matter at hand, the rule attempts to restrict the “content” of the speech. The content of the speech is directly about matters related to regulation of the Association (a governmental agency) and is therefore speech which falls squarely under the protection of the First Amendment.

It should be self-evident from our history, that free speech matters, as it is a bedrock principle of this State, Nation, and our self-governing association. Yet, “[t]hat men do not learn very much from the lessons of history is the most important of all the lessons that history has to teach.”[4]

The proposed Bylaw serves only to keep the members uninformed and disenfranchised while marginalizing their elected representatives. It is unconstitutional and wrong. It is also contrary to the stated goals of the association. It should not be adopted. 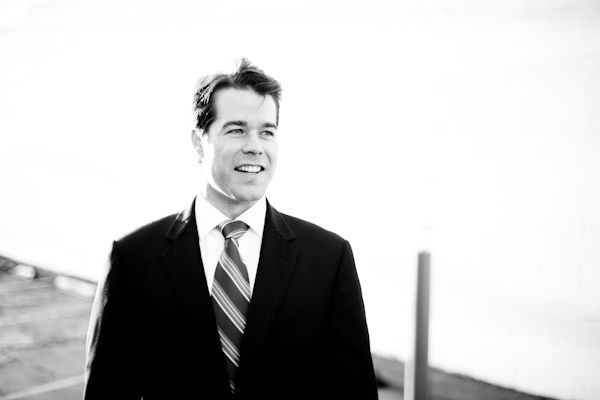 D. Angus Lee is a criminal defense lawyer. He previously served as a deputy prosecutor, a two time elected county prosecutor, and a Special Assistant U.S. Attorney. He has twice been a lecturer on the topic of prosecutor’s disclosure obligations at the Washington Association of Prosecuting Attorneys annual training conference.