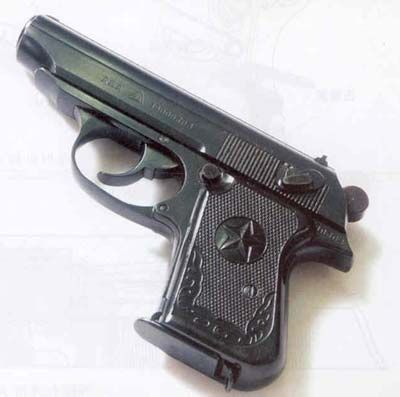 Last year the Herald reported on my efforts to raise awareness regarding gun crime sentencing laws. See Below.

Some action was taken in Olympia in response to this, but not enough. It is unlikely that our representatives in Olympia have the courage to make the necessary changes in our criminal laws to effect real improvements in public safety by reducing the criminal misuse of firearms.

Update: House Bill 2164 passed the Senate after our print deadline for Friday's paper, but before the story was printed. We apologize for any confusion this may have caused.

In a letter to Sen. Janéa Holmquist Newbry this week, Lee asked for a vote in favor of House Bill 2164, which would address teen misuse of firearms.

"Repeat juvenile firearm offenders are a driving force behind teen gun violence and teen gang gun violence," Lee wrote in the letter to Holmquist Newbry. "Although this legislation is not a panacea, it is certainly a step in the right direction."

The bill, which passed the House by a unanimous vote, would require most juveniles found guilty of unlawful possession of a firearm to participate in certain evidence-based or research-based programs in an effort to reduce repeat offenses in gun crime. It would also require the Juvenile Rehabilitation Administration of the state Department of Social and Health Services to compile and analyze historical data regarding juvenile firearm offenders and report its findings to the Legislature.

The bill now sits on the Senate floor, yet to receive a vote. The Legislature is scheduled to adjourn March 13.

"There's a very real possibility that this bill just sits there and they don't vote on it, and that would be a real tragedy," Lee said. "It's really the only bill that has any hope of making a positive impact on gun violence, particularly youth gun violence, in the state currently."

Lee said he has not heard back from Holmquist Newbry.

Under state law, a juvenile can be convicted three to four times of unlawful possession of a firearm in the second degree and only receive a maximum 30 days in a juvenile detention center, if any time. Lee argued the mandatory sentencing structure doesn't match the seriousness of the crime.

What kind of lesson does that teach?" he asked. "If we as a state say and believe that gun crime is a serious thing and unlawful possession of a firearm is a serious thing, shouldn't our sentence structure reflect the seriousness of that crime? And right now is doesn't. Hopefully this current bill will pass and be a step in the right direction."

Lee also reached out to 13th District representative last year to support a bill that would create harsher punishment for felons in possession of guns.

"This was bipartisan legislation that would help reduce gun violence by creating a greater sanction for felons who repeatedly possess guns," Lee said. "These are our most dangerous individuals and the driving force behind criminal misuse of firearms."

Both Reps. Judy Warnick, R-Moses Lake, and Matt Manweller, R-Ellensburg, were receptive on the issue but support was lacking from other lawmakers and the bill never received a vote.

"Everyone in Olympia says they want to keep guns out of the hands of the wrong people, but the sentences the state government has attached to unlawful gun possession does not seem reflective of their stated desire,"