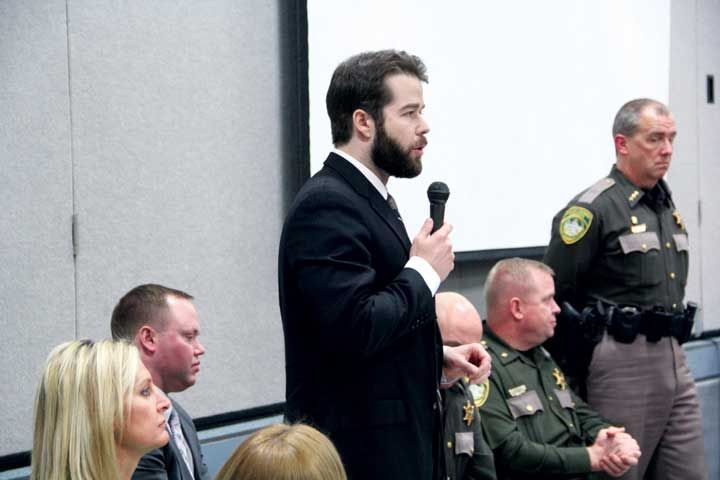 Below is an open letter I wrote to state law makers (Rep. Judy Warnick, R-Moses Lake, and Rep. Matt Manweller, R-Ellensburg) in the last legislative session. As always, Judy and Mat were very easy to work with and very interested in criminal justice reform.

First let me start by saying thank you for taking the time to include me in your recent discussion of possible legislation to reduce gun crime. I truly appreciate being able to work with you on this and I appreciate your efforts in this regard.

In addition to your efforts to reduce gun violence, I am sure you will be faced with numerous difficult votes this year. Below are two bills that I want to briefly call to your attention.

This is bipartisan legislation that will help reduce gun violence by creating a greater sanction for felons who repeatedly possess guns. These are our most dangerous individuals, and the driving force behind gun violence. Passage of this bill would ensure a prison sentence for any felon caught with a gun more than once. This bill does not go as far as I would like, but it is a step in the right direction and has a real possibility of passing.

I would encourage you to support this bill.

HB 1061: Changing provisions regarding the finding of aggravating circumstances

This bill fixes a current problem with Washington’s sentencing laws that results in inappropriately low sentences for convicted criminals with extensive criminal history.

This bill would allow for longer sentences for those with more significant criminal history.

A recent example of how the current law is failing us can be seen in State v. Guerrero.

Wilmer Guerrero was recently found guilty of Assault in the Second Degree after a three day trial in Grant County Superior Court. Twenty year old Guerrero, perpetrated a significant and brutal act of domestic violence on the mother of his child. He caused significant injuries (broken nose and cheek bone, four deep lacerations to the skull, etc.) and used multiple weapons during the assault, including a wrench, and a car jack.

However, he only received 17 months, despite the fact that Guerrero has prior convictions for assault, DUI, resisting arrest, attempting to elude police, tampering with a witness, driving with a suspended license, malicious mischief, residential burglary, theft, and taking a motor vehicle without permission. The 17 months imposed was the maximum allowed under the current law.

Passage of this bill would fix our sentencing law, and would allow criminals like Guerrero to be sentenced in a manner commensurate with their acts and extensive criminal history.

I would encourage you to support this bill.

If you have any questions about these bills, or any other pending legislation, please do not hesitate to call. As always, it is a pleasure working with you and I look forward to doing so in the future.